This API component is experimental and it attempts to have full compliance with the Spec, but it is important to keep in mind a number of caveats:

Other than that, adding, getting and deleting pins should be well-supported operations with little overhead versus the REST API, and with very similar semantics.

Per the Spec, the Pinning Service API must support JWT token authentication. JWT tokens can be generated by querying the POST /token endpoint. The authorization flow is shared with the REST API. This means that Basic Authentication is supported as well, and that any user using JWT tokens must have an entry and a password associated to it in the basic_auth_credentials setting for the pinsvc API section:

This returns the following JSON: {"token":"xxx..."}. The secret access token is what you need to add your pinning service in Kubo: 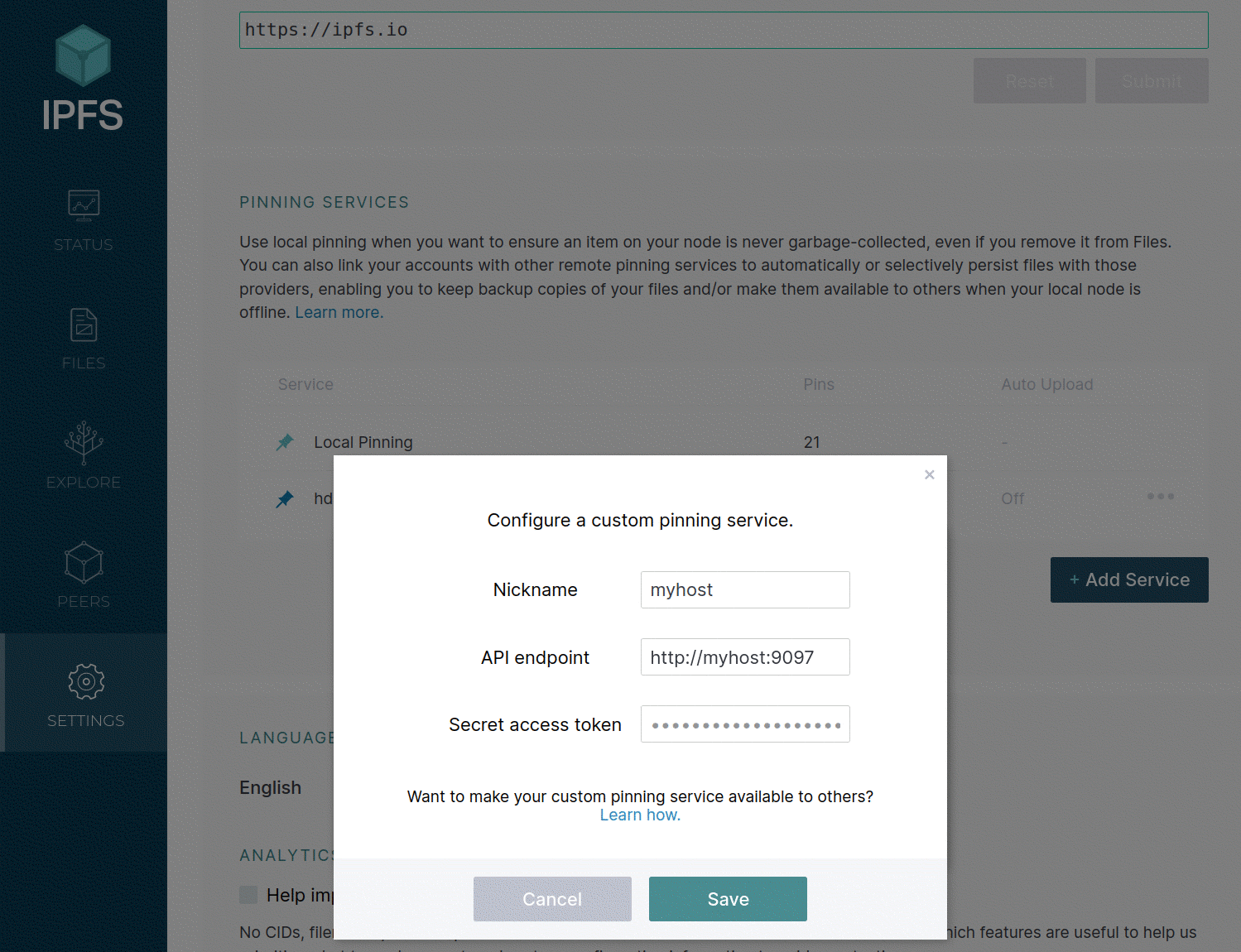 The JWT token is tied to the user requesting it and signed using their password. The only way to revoke JWT tokens right now is to change or remove the original Basic Auth credentials, which need an ipfs-cluster-service restart.